Ministers of Fear - on Lang and Hobbes

There are several filmmakers who have made conspiracy their particular niche, a kind of films I like to call "urban paranoia". Among the key directors are Alan J. Pakula and especially John Frankenheimer. But the most essential filmmaker here, and one of the definitive artists of the 20th century, is Fritz Lang. From the late 1910s until the early 1960s, in several countries and continents, he used his camera (with sharp, cool, clinical images) to tell us that the world was a crazy and scary place where we are all victims of the forces of evil. The threat can come from criminals, or the state, or the Nazis, or your friends and neighbours, but it does not really matter who they are; what matters is the existential fear. Thomas Hobbes had said in his book Leviathan from 1651 that we once lived in "worst of all, continuall feare, and danger of violent death; And the life of man, solitary, poore, nasty, brutish, and short.", and there is a feeling that Lang believed that this was still the case. Like Lang, Hobbes was no stranger to fear. He was born prematurely in 1588 because his mother got so scarred when she heard the Spanish Armada was gathering outside England's coast that she went into labour. "At that point my mother was filled with such fear that she bore twins, me and together with me fear." Hobbes later wrote in his autobiography.

The bleakness of Lang's vision is sometimes staggering, just look at the ending of Scarlet Street (1945), and repeatedly in his films the audience are being fooled and deceived. People we think are dead are really alive, people we think are alive are really dead, the person we thought was guilty turns out to be innocent and the innocent turns out to be guilty; frequently what we think we see happening is a lie, a fraud. Nobody can be trusted, least of all the filmmaker himself. 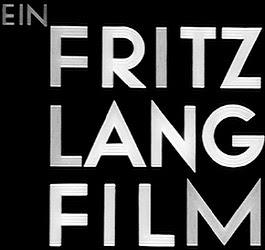 Occasionally people say that when Lang left Germany in the 1930s and went to the US he lost his touch, and the films faltered, but this is a peculiar view that is not at all backed up by the actual films. There are more things that unite than separate the German and the American Lang, just consider such films as Dr Mabuse Der Spieler (1922), M (1931), You Only Live Once (1937), The Big Heat (1953), Beyond a Reasonable Doubt (1956) and The Thousand Eyes of Dr Mabuse (1960). Regardless of what kind of films he made they are usually all as pessimistic. 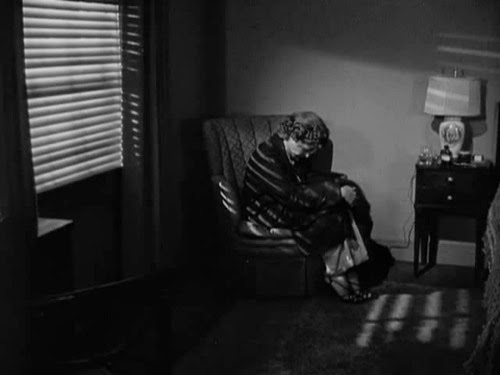 Although not his best film, Ministry of Fear (1944) has the best title and is perhaps the one where the rampant paranoia is given its most extraordinary expression. The first ten minutes or so in particular are like nothing else, almost incomprehensible, and sound and image are so controlled and so unsettling it is like a horror film by Samuel Beckett. It is set in England and based on Graham Greene's novel with the same title, a book Lang loved and really wanted to adapt. Unfortunately Lang and Seton I. Miller, who wrote the script and was also the producer, did not get along, and Lang hated the finished film. That is unfair, the only major weakness is the obvious fake last scene but that can easily be disregarded. Seton I. Miller should not be disregarded though, he was involved in writing many great films in the 1930s in particular and was once a writing partner of Howard Hawks. Ministry of Fear have not much in common with Hawks's films, but it is especially close to Lang's earlier Spies (1928).

Ministry of Fear is easy to find, and below is a fine celebration of it; a collection of scenes cut together without apparent coherence, which is exactly in keeping with the tone of the film itself. It is very good.

It should perhaps be mentioned that Lang's work was prefigured by serials such as those by Louis Feuillade, for example Les Vampires (1915) and Tih Minh (1918). It was a popular kind of film in early cinema, and Feuillade's work is almost as paranoid and haunted as Lang's films would be. But maybe paranoia is not the right word here. As Andrew Sarris wrote: "Lang might argue that in a century that has spawned Hitler and Hiroshima, no artist can be called paranoiac; he is being persecuted." or, as they say in Catch-22 (Mike Nichols 1970), "Just because you're paranoid doesn't mean they aren't after you."

Joe Wilson in Fury (1936) was not paranoid, and this is what the town did to him:

-------------------
There are visual links between Lang and Michael Curtiz, whom I wrote about last week. Seton I. Miller is also a link. The links between Lang and Alfred Hitchcock are more important, and plentiful. In the 1920s and early 1930s Hitchcock aspired to be like Lang, but then the roles were switched. Lang was envious of Hitchcock and wanted to be more like him, and made some films with that in mind. Together they mapped the 20th century from a Freudian angle, bringing forward its neuroses and fears. But whereas Hitchcock was more interested in guilt Lang was more interested in punishment.

This post is yet another of those challenges among Swedish-based bloggers to write something around a set theme, the theme this time was "conspiracies". Here are the other contributors.

In English: The Velvet Café 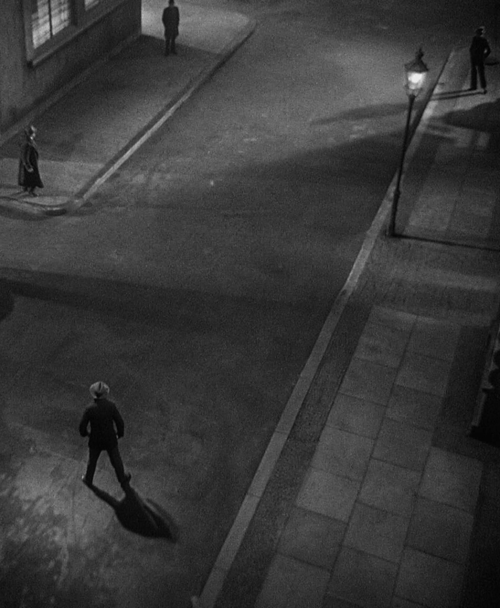