The world is an exhaustive place, for far too many reasons to mention here, but you know them anyway. It often feels like the word that best describes our current situation is "unhinged" and ugly politics invade every sphere. Nuances are left behind and screaming at your opponent has for many become the honourable thing to do, even though it is dumb and unproductive. Films and film criticism are infected by it as well, and the Outraged Hot Take Industrial Complex (OHTIC) is mass-producing articles on the "problematics" of this or that film. There is a general hysteria about many films, certain titles that "everybody" is talking about, endlessly tweeting about, and the OHTIC is writing about, occasionally before the films have even premiered. All of this is exhausting and dispiriting, and rarely has much to do with the actual films in question.

Yet most films are hardly ever talked about at all, they are just there. This has nothing to do with quality or relevance, as they can be just as good or bad as the ones I mentioned above. But I still prefer them, because they are easier to experience and engage with on their own terms, without having been contaminated by tweeter feuds and headlines.

Such a film is Alice et le mairie (Nicolas Pariser 2019), which is unknown outside France, and excellent. It is also political, in a nuanced and measured way. (In France this type of film is called comédie politique.) It is about Alice Heimann (played by Anaïs Demoustier), a young, former teacher in philosophy at Oxford University who is lured back to France to work with Paul Théraneau, the mayor of Lyon, played by Fabrice Luchini. The mayor has been in politics for decades and has lost his passion and his sense of purpose, yawning his way through endless meetings about mundane topics. Politics has to a large extent been turned into marketing, and the mayoral office resembles a PR firm. Everything is either bureaucratic process (which is necessary) or shallow jargon and clichés (which are not). But he is hoping that Alice will bring new ideas and fresh perspectives as she is not a politician but an academic and a philosopher. (She protests though, insisting that she is not a philosopher, she teaches philosophy.) In this she succeeds, and she is steadily promoted, which makes the other members of the mayor's staff jealous, upset, unhappy, and angry.

That is the main thrust of the film, the smaller story is the office politics and the larger story is whether the mayor will regain his political passion. It is beautifully acted, filled with intelligent dialogue, and understated comedy. (After a political setback, one of the mayor's closest advisers says "I shall go and work on my CV. That always calms me down.") It is shot and acted in a naturalistic way, the kind that makes if feel at times like a documentary. 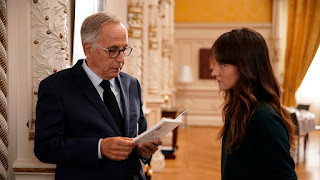 Beyond that, there is an ongoing discussion in the film, either explicitly in the dialogue or implicitly in what is happening, about contemporary politics and especially the position of the moderate left (socialists in a French context). What do they want today? Which issues should they address? Which tone should they strike? How should they deal with the increasing extremism in either side, but especially on the far right? Are they obsolete in today's political situation? Maybe a green approach is one way of finding a new purpose?

One thing Alice manages to impress on the mayor is that all this jargon, these slick campaigns, sloganeering, and focus group-based thinking, is part of the problem. She is advocating a focus on modesty and sincerity, which is the opposite of what she experiences in City Hall. (An embarrassing Skype meeting with a hot entrepreneur called Patrick Brac is a highlight in the film.) Alice is instead using George Orwell, Jean-Jacques Rousseau and others to get her message across. Orwell's line "Another marked characteristic is the emotional shallowness of people who live in a world of ideas and have little contact with physical reality." (from his essay "The Lion and the Unicorn") is one that resonates with Alice.

A character that emerges as a spokesperson for some of the ideas of the film is a book printer. He is running the last manual book printing press in Lyon, although it is financially difficult to keep it going. He applied for public funding but was told that the future is digital. He argues that this goes against the outspoken idea from city officials about preserving history. As he says, is about more than putting on a show for tourists, it is also about preserving things from the past and keeping traditions alive. The film is good at pointing out that we need to both remember, and sometimes preserve, the past, while also come up with new ideas and solutions for contemporary problems. And the book printer's thoughts are enough to make Alice to start dating him. But then he too disappoints. That is one of the problems in this world, that people are too absorbed in their own agendas and perspectives. Alice, as an academic who is also in politics, has to listen to her academic friends belittle politicians and her politician friends belittle academics.

Eventually the mayor and Alice have a chance to take their ideas to a larger scale than just Lyon, all the way to Palais de l'Élysée, but it does not quite happen. We are left with a question of why, and what the mayor is waiting for. Did he lose his nerve? Is that a metaphor for the European left? The film ends with Alice giving him a present, Melville's Bartleby, with an introduction by Gilles Deleuze. That can be interpreted in various ways, and like the film, I leave you with that image. 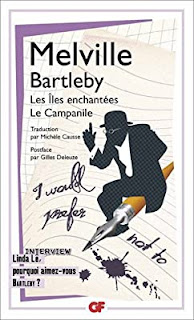 Niagara (Henry Hathaway 1953) never fails to dazzle me. What is remarkable about it is how extremely stylised it is, in every way, from how people walk and talk, to how it looks. It is an exercise in pure form, and it looks incredible, as if Edward Hopper, David Hockney and Salvador Dalí had a love child together. The fact that it is shot on location around the Niagara Falls does not add realism but instead adds to the sense of formalism and surrealism. Hathaway, and the cinematographer Joe MacDonald, clearly relished the chance to go all abstraction. A murder in the Rainbow Tower is one of the most visually audacious sequences in American cinema. (This is where Dalí comes in.) 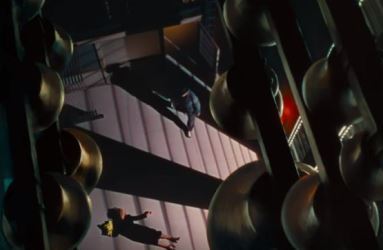 The fact that the story, a young happy couple on a delayed honeymoon at the Falls becoming entangled with the disturbed, homicidal couple in the next cabin, is both coherent and plausible within this hermetic world makes the film even more remarkable.

Marilyn Monroe and Jean Peters play the leads, with Joseph Cotten and Max Showalter (aka Casey Adams) playing their husbands. Showalter plays a naive, childish character, almost a parody of the all-American boy-next-door with his career the only thing on his mind. His wife is more mature and the story is partly told through her eyes. The two marriages, one appealingly, if not annoyingly, cheerful and the other dark and sinister, built on resentment and jealousy, make a good contrast.

Hathaway wanted James Mason in the part now played by Cotten ("There's nothing erotic about Joe Cotten." he said) but, according to Hathaway, Mason's daughter did not want him to do yet another film where daddy died, so Mason declined the role. Working with Monroe was difficult, but Hathaway seemed to have got on well with her, and felt protective of her and alarmed by how lonely she was, and without professionals to support her. (Barbara Leaming, in her Monroe biography, says he "became a teddy bear" with her.) She was nervous and self-conscious, so on some occasions Hathaway filmed the rehearsals without telling her, because she was more relaxed then, and used that material in the film.

In Hathaway's oeuvre there is no other film like this one, but then there are few films quite like it in anyone's oeuvre. A feverish dream, where things are distilled into pure emotions and pure colours. 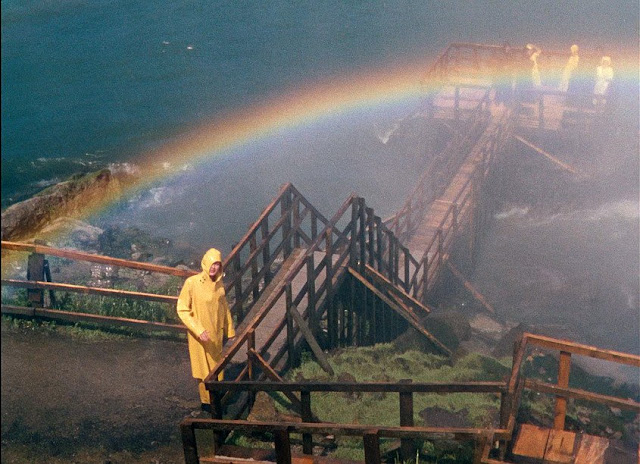 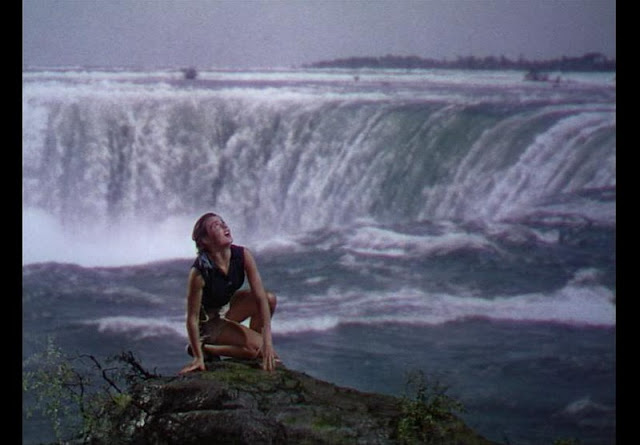 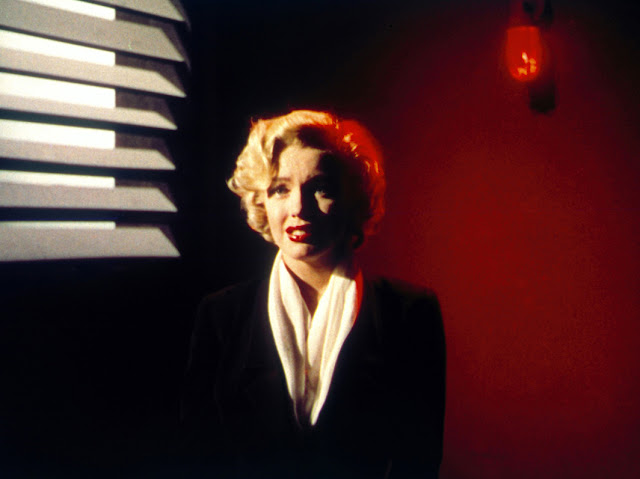 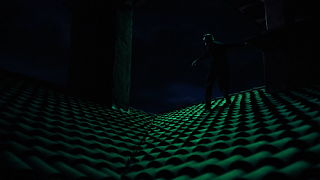