The 1930s was a time of immense activity among critics, writers, filmmakers, and various enthusiasts, across the world, to establish archives and organisations to preserve, promote and present films, facts, and documents. Some were short-lived, but some remain today, and continue their work. It did not begin in the 1930s. The Imperial War Museum in Britain was founded in 1917, and immediately began collecting and preserving films. They still do (they are now called Imperial War Museums), making it one of the world's oldest film archives still in operation. In London, Iris Barry started the London Film Society in 1925. It lasted until 1939, but by then Barry had moved to New York and she began working at MoMA in 1932, to build up a film library, which opened in 1935 under her leadership. It is now called the Department of Film and they are still doing invaluable work, as one of the oldest of such archives, and one of the many similar institutions that appeared in the 1930s. Elsewhere, The British Film Institute was established in 1933, National Historical Film and Speaking Record Library of Australia was established in 1935, Cinémathèque Française, in Paris, was established in 1936 and in Belgium, Cinémathèque Royale de Belgique / Koninklijk Belgisch Filmarchief (now known as Cinematek) was established in 1938. The same year, FIAF was founded, by the combined efforts of Cinémathèque Française, MoMA, British Film Institute, and the German Reichsfilmarchiv (it was established by the Nazis in 1935 and lasted until 1945). FIAF is a French acronym for what in English reads International Federation of Film Archives.

The Swedish Film Academy was established in 1933, putting it ahead of both the French and the Belgians, and simultaneous with BFI. A number of Swedish critics, enthusiasts and writers had been talking about something like it for several years, and various film societies had sprung up in university towns such as Stockholm, Lund, and Uppsala in the late 1920s. In the spring of 1933, the writer/poet/director Arne Bornebusch called a meeting in Stockholm with the purpose of starting a dedicated organisation for the promotion of cinema, artistically, technically, and culturally, by means of education, publishing, lecturing, and giving out scholarships. On 31 October, 1933, the organisation was finalised, and after having found the name Svenska Filmakademin (the Swedish Film Academy) too pretentious, they instead settled for Svenska Filmsamfundet (the Swedish Film Community). 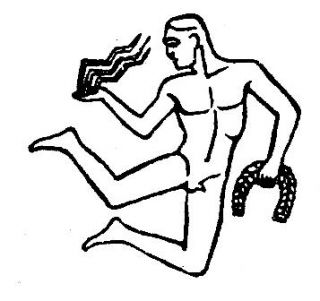 One of the leading Swedish film critics, Bengt Idestam-Almquist, was chosen to be the chairman, Arne Bornebusch the secretary, and the rest of the board consisted of Gustaf Molander, Per-Axel Branner, E W Olson, Nils Beyer, and Ragnar Allberg. Molander and Branner were filmmakers, Olson and Beyer critics, and Allberg was from Svensk Filmindustri (SF), so these were some of the most important figures in Swedish cinema culture. And they immediately set to work. Committees were formed for various tasks, such as for creating a film museum and initiating publications. The first two books were published in 1935, one about the American film industry and the other, by Bornebusch, was a series of essays about various filmmakers. Many other books would follow. An archive for images, books, periodicals, articles, and film prints, was also created and it quickly began to grow exponentially. In 1938 the archive was moved to the Museum of Technology, and from 1940 was referred to as Filmhistoriska samlingarna (The Film History Collections).

In short, Svenska Filmsamfundet had an impressive launch, and it had the protection of Prince Wilhelm, a younger son of the King, Gustav V, and himself a maker of documentaries. For the first 30 years of its existence the organisation was a big deal in Swedish cinema culture. When they celebrated their twentieth birthday in 1953, they threw a large party where everyone who was anyone in Swedish cinema could be seen drinking champagne and dancing. The guests of honour were Ingrid Bergman and Roberto Rossellini, and Rossellini was made honorary member. (Here is a link to a newsreel about the party.)

After the creation, in 1963, of the Swedish Film Institute, things changed as the Film Institute took over several of the duties of Filmsamfundet, including the responsibility to select which Swedish film should be put forward as the country's candidate for an Academy Award. The Film Institute also incorporated Filmhistoriska samlingarna (in 1964) under its wings. An existential crisis for Filmsamfundet followed, and it was during that time that the once discarded name Svenska Filmakademin was resurrected, and the organisation was renamed under the chairmanship of Gösta Werner. He had been part of the organisation since the 1930s, and was also a prominent film historian and filmmaker. In the late 1970s, Werner suggested that maybe it was time to call it quits, and terminate Filmakademin. Fortunately others refused, and they continued as before.

For a while now I have been a member of the board, and I am now the secretary, and we carry on the work. It is not like in the 1930s and 1940s, and there are no longer any publications and no archival responsibilities, but every year lectures, events, and meetings are held, and each year a scholarship, Kurt Linders stipendium, is given to a new, promising talent, who must be younger than 35 and working in the field of cinema. Last year it was given to the cinematographer Lisabi Fridell, and while I know who will get it this year, I am not at liberty to disclose it yet.

I am old enough to remember what life was like before the pandemic. When I was having most of my meals outside my apartment, was at the office several days a week, hugged friends and family members, and went to the cinemas regularly. But since March 2020 there has been little of that. Even so, on a personal level things have not been that bad for me, health-wise and professionally. 2020, ironically, was one of the healthiest years I have had for many years, which I suppose is partly because I avoided crowds, and because I began eating healthier and began going for long walks every day. I switched my whole life almost from one day to another in the second week of March, and it did me a lot of good. Professionally too, as I have been reading, writing, and researching to an extent I had not planned, and I have managed to finally complete several projects that had been ongoing for many years (such as those related to W.S. Van Dyke, Henry Hathaway, Henry King, and Jean Negulesco) and I have published some pieces of writing that I had been wanting to do for some time. So 2020 was a healthy, efficient and productive year, even though it came with the emotional stress from the onslaught of bad news from around the world, and from being physically distant from my partner most of the year, as she lives in another country.

I managed to watch eight films in the cinema, seven in January and February, and then Tenet (Christopher Nolan 2020) in the summer. The last week in February I squeezed in three visits to the cinema, Alice and the Mayor (Nicolas Pariser 2019), Happy Birthday (Cédric Kahn 2019) and Emma. (Autumn de Wilde 2020), and then the pandemic hit. Of those, Alice and the Mayor was, as I have written about here before, the best. I enjoyed Tenet too. All other new films I have seen at home, which to me is less appealing than going to the cinema. The best of these was The Two Popes (Fernando Meirelles 2019), on Netflix, where I also saw a number of incredibly bad films. But not too much should be read into the fact that The Two Popes was my favourite new film since I saw few new films. This is partly because I was focused on my other projects, which means watching a lot of films from the 1930s and 1940s, and partly because I have always felt less inclined to watch new films when they are not in the cinema. But I want to make up for that now, and since Christmas I have been catching up, at home, of the Swedish releases of 2020. I have now seen more new Swedish films in ten days than I would normally do in one year. I shall continue with international releases in the coming week. There is much I am curious about, not least the Brazilian film Bacurau (Kleber Mendonça Filho and Juliano Dornelles 2019). 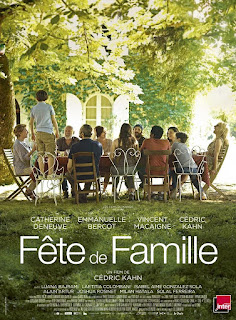 In terms of writing, my five most read pieces here on the blog were the following, in chronological order:

On my concerns with the way film history is taught: https://fredrikonfilm.blogspot.com/2020/04/some-basic-problems-in-taught-film.html

My thoughts on Andrew Sarris: https://fredrikonfilm.blogspot.com/2020/05/andrew-sarris-and-american-cinema.html

My thoughts on film and philosophy: https://fredrikonfilm.blogspot.com/2020/06/film-and-philosophy.html

And a discussion about the term "auteur" and why I do not use it anymore: https://fredrikonfilm.blogspot.com/2020/11/discarding-term.html

I have also written several articles in Swedish, both print-only and online. For example, I wrote an article about Swedish films that deal with the Cold War in one way or another (here) and I also participated in a project with some colleagues about films that were shot simultaneously in Swedish and foreign languages in the 1930s and 1940s (here), and those were fun to make.

Beyond that, the board of the Swedish Film Academy, where I am a member as well as the secretary, has been highly active. We switched from an analogue existence to a digital one, and it went surprisingly smooth and easy. I think we have had more meetings than any of the previous years I have been a member, and it has been a lot of fun.

We shall see what else I come up with for 2021. The blog, the Film Academy, and all else continues, and I have some new projects I am ready to begin with. I hope you will follow me through 2021 as well!