During the spring I published a new post here every Friday, instead of every second Friday as has been the norm for years. I will now go back to the norm, even if our world in general is far from normal. So this post is just to say that the next regular post will be next week, Friday August 7, 10:00 CEST. 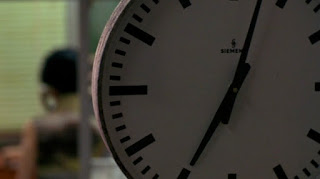 Russell Rouse has not got a lot of films to his name, and he has never been a known name or somebody who is talked about today. This a shame, because in the 1950s he did great work. He often worked with Clarence Greene; they first wrote D.O.A. (Rudolph Maté 1950) together, a film about a man who discovers that he has been poisoned and spends the last days of his life searching for his own killer. Then Rouse began directing, while they continued to write together, and Greene producing. The films they made in the 1950s, with one exception, are bleak, distinct films with an emphasis of filming on location, with a clear ambition to play around with conventions, to experiment, and to do the opposite of the expected. They were not attached to any one studio, and moved back and forth between expensive films with big stars and cheap films without any stars. While I am not able to say much about them, or the backstories to their films, I want to say something about the films.
The Well (Leo Popkin & Russell Rouse 1951) A girl is missing in a small town, and the police quickly apprehend a suspect. As the girl is black and the suspect a white man, gossip spreads and tension builds. Only the audience knows the girl has fallen down a well, and with the town consumed by fighting and riots, nobody is out looking for her. It is a powerful, moving drama, which benefits from the fine location work. Its handling of race relations, and its portrayal of the racial animosity in the town, is overall remarkably well handled. It is one of the best on that subject that I have seen from this time. (The film was inspired by the real case of Kathy Fiscus, a three-year old girl who fell down a well in California in 1949, and the rescue efforts were broadcast live on TV and radio.) 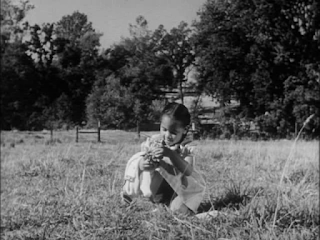 The Thief (1952) is an experimental spy thriller (without any spoken words) with Ray Milland as the spy stealing American nuclear secrets, while approaching a mental breakdown. Excellent location work, including a murder at the top of the Empire State building. The complete lack of dialogue is not exactly to the film's advantage, but it is an interesting experiment. 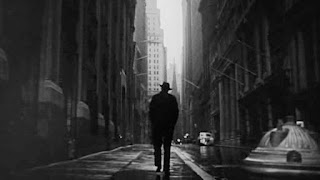 Wicked Woman (1953) is a low-budget drama about a tall blond woman coming to a new town, finding dodgy lodgings and a job in a cheap bar. Trouble is inevitable. The film is cheap and short, but full of life, quirkiness, confident camerawork, and intimacy. (Might be the only black and white film I have seen with a leg-shaving scene.) Other than a sleazy man living across the hall from the heroine, the film is rather non-judgemental towards its characters. Beverly Michaels plays the lead, an imposing presence. It is remarkable how good the film is considering its lack of a proper budget. 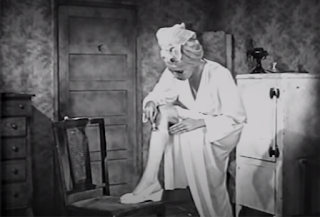 New York Confidential (1955) is by far the best of the films by Rouse that I have seen. It is even one of the best gangster films I have ever seen. Engaging, unpredictable, elegant, emotional, and dark. Great cast too with Broderick Crawford, Richard Conte and Anne Bancroft in the lead. One of the strengths of it is that the organisation (or "the syndicate") has a life of its own, and nothing must interfere with it, so any character is completely dispensable, in order to protect the syndicate's own interests. The gunmen and the hoodlums are interchangeable, as well as the top bosses, and nobody has any chance of breaking free, or standing up to the organisation. If you show any sign of disloyalty, or is registered as a threat of any kind, you will be killed in your home, or in your hotel room, or a dark back alley, and it might be a close friend who does it, because they too will be loyal only to the organisation. The only character that seems to be above it all is somebody named Albert. He is never seen or heard, and he is apparently in Sicily, but whenever there is a problem, the bosses call him up. It is an intriguing idea, that underlines the facelessness of organised crime. 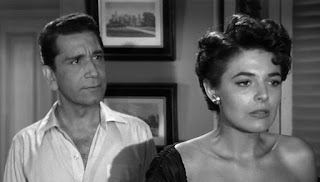 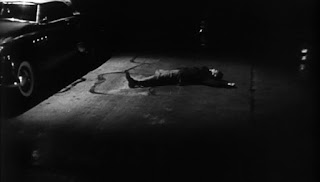 Glenn Ford is the best aspect of The Fastest Gun Alive (1956). He plays a character in a constant state of soft-spoken nervous tension, the face usually sweaty, on the brink of collapse. The film is like a mixture of The Gunfighter (Henry King 1950), High Noon (Fred Zinnemann 1952), and with some Delmer Daves ambiance thrown in for good measure. But it also has its own twists and turns, and with some idiosyncratic angles and frames. There is also a spectacular dance sequence, which is completely superfluous to the story, but a joy to watch. 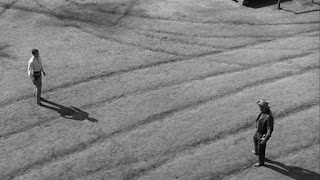 House of Numbers (1957) is weaker. Jack Palance plays two parts, two brothers, one in prison and the other outside, working together on an escape plan. Barbara Lang plays the wife of the imprisoned brother, who is working with the other brother to free the prisoner. It is a lesser work, still fine, but too convoluted. It being shot on location in San Quentin helps a lot. 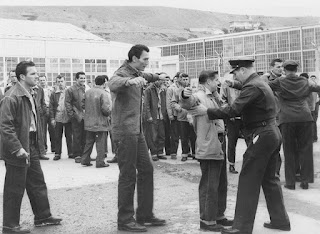 The last film Rouse made in the 50s is also the weakest of them: Thunder in the Sun (1959). It is about a group of French Basques who have crossed the Atlantic and now have formed a wagon train to cross the North American continent. The film fails on most levels, and I am not convinced that the Basques would be flattered by how they are portrayed. The acting is below average, there are too many clichés, the music is wrong and the pacing is forced. The film feels phoney. Of note though is a fight sequence in the mountains in the end, between the Basques and some Apaches, which has superb stunts and is a lot bloodier than what you usually see in 1950s cinema. The moral growth throughout the film of the male lead, played by Jeff Chandler, from arrogant, misogynist drunk to a humbled, thoughtful man, is another redeeming feature.
***
Those are the seven films I have seen out of the 10 that Rouse directed. With the exception of Thunder in the Sun, they are all good, interesting, and with a personal touch. Some are great. He is much too good to be completely forgotten, and should be a lot more known, and cinematheques should do retrospectives. He also deserves a book-length study. Until that happens, try to watch some of his films. At some point I will have to try to locate the three films he made in the 1960s, but you can start with his earlier work.
Upplagd av Fredrik Gustafsson kl. 10:00 No comments: