In 1964, François Truffaut wrote in a letter to his friend and business partner Helen Scott (who worked at the French Film Office in New York) that he had given the screenwriter Jean Gruault the assignment to prepare a script for a film about Victor of Aveyron. Victor was the famous "wild child" who had been seen in the woods in rural France around 1798/1799, living by himself in the wilderness. He was thought to be 10 or 12 years old, and in 1800 French authorities took him in and placed him in different orphanages and then finally at the national institute for the deaf and mute in Paris. (He could not speak and appeared deaf.) As he was a "wild child," and ideas about such children, and about the battle between nature and civilisation, was in fashion, as in the philosophy of Jean-Jacques Rousseau, Victor became a global sensation. Newspapers wrote about him, scholars and doctors studied him, and he was discussed at the top of the French government, fresh from the turmoil of the revolution and right after Napoléon Bonaparte had taken charge of the country.

Most of what is known about Victor comes from a young physician, Jean Marc Gaspard Itard, who took it upon himself to try to teach Victor everything. How to read, write, speak, dress, in short, he wanted to teach Victor how to be a civilised boy instead of a wild child. Victor came to live with Itard and his housekeeper madame Guérin, and some progress was made. But Victor never progressed as far as Itard hoped, or learned how to speak, and he lived with madame Guérin until his death at 40.

That Truffaut would be interested in such a story is not surprising. The health and well-being of children was a topic that was important for him and something he frequently returned to, in his films and in his public appearances. He tried to avoid politics, but not when it came to children's rights. When he began filming The Wild Child in 1969, the idea to make it had, as shown by the letter, been with him for several years. He shot it partly at the institute in Paris where Victor had been placed (the institute is still in use today) and partly in the rural area where Victor was found, Aveyron. This gives the film a powerful sense of authenticity, like a documentary, even though it was made 170 years after the facts. The whole construction of the film adds to that feeling, as it is based on Itard's reports and the voiceover is Itard's words about the case, as if it were him who was making the film about Victor. The film consists of short scenes, each of which show a specific development in Victor's progress. There are hardly any digressions or elaborations, everything is pared down to the essentials. All music in the film is by Antonio Vivaldi, and while he was not exactly contemporary with the events of the story, Vivaldi died in 1741, it still adds to this feeling of the film being made when it was set, however impossible that is.

It is shot in black and white, almost grey, by Néstor Almendros, his first of nine collaborations with Truffaut, and it looks quite beautiful in its simplicity. They took inspiration from silent film's use of irises to emphasize one small part of the image, instead of closeups. (A recurring thing for Truffaut.) Everything about the film looks backwards rather than to the present. But it does add one distinct novelty: Truffaut himself plays Itard and this was the first time he acted. 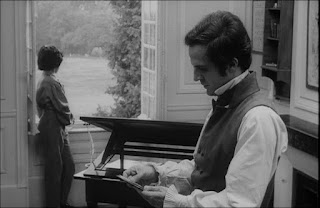 To be able to make it as he wanted, and in black and white, Truffaut had to find American sponsors because he could not get anyone interested in the project in France. Eventually, United Artists funded the film (a man named Ilya Lopert coughed up the money and he is a character in need of his own essay), and it was produced by Truffaut's own company Les Films du Carrosse. He saw it as continuing a focus on children that he had begun, not counting the short Les mistons (1957), with The 400 Blows (1959), and he dedicated The Wild Child to Jean-Pierre Léaud, who had played the alter ego of Truffaut in The 400 Blows. This time, Truffaut felt that by playing Itard he was playing a version of André Bazin, with young Victor resembling young Truffaut, even though Truffaut did grow up with a family in Paris. But Truffaut had, as a child, been institutionalised and then taken under the wings of Bazin, rescued by him, like Itard did for Victor. (There is an interesting continuation of the living arrangements from this film to The Green Room (1978), in which the character played by Truffaut lives with a housekeeper and a boy who cannot speak.) 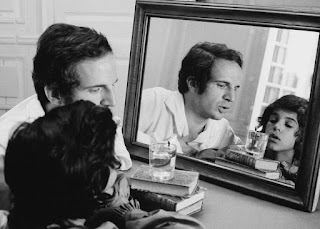 The Wild Child was made with a small cast and crew, with crew members, and their children, playing some parts, including his long-time close associate and creative partner Suzanne Schiffman, who also did some assistant direction when Truffaut was performing. Victor is powerfully played by Jean-Pierre Cargol, who was not an actor and would not become one either. He did however become an accomplished musician. The housekeeper, madame Guérin, was played by Françoise Seigner.

One reason nobody in France wanted to fund it was that they did not think it would be of interest to any audience. United Artists did not think so either, but they put it together with Mississippi Mermaid (1969), Truffaut's earlier film with Jean-Paul Belmondo and Catherine Deneuve, being convinced that that would be a hit, and thereby cover the expected losses on The Wild Child. The opposite happened. The Wild Child was a tremendous success in France, and around the world, and in the US too. It screened at the New York film festival, where Truffaut was treated like a star, including by the mayor John Lindsay. Truffaut would tour the world with the film, giving talks about it, about cinema and children.

I have seen all of Truffaut's films, most of them many times, and I like them all. Some of them are among my favourite films and have been so since I was a teenager. When I became hooked on cinema, in my mid-teens, Truffaut was one of three filmmakers that mattered the most to me, the other two being Hitchcock and David Lean. It was the beginning of a lifelong relationship between me and them, despite them not even being alive any longer. And although The Wild Child is not my absolute favourite, it remains special for me, as it was for Truffaut as well. Part of that comes from the power of the story and the images, but part of it comes from my sense of kinship with Truffaut.

Given the style and structure of the film, there is no place or space for sentimentality or depth of characterisations, yet the cumulative effect of all the short scenes of Victor's struggles becomes, at least to me, deeply moving. That it is Truffaut who plays Itard adds a layer to the film that makes it moving in a different way, and the combined effects can be quite exceptional at times. That is a level of artistic appreciation that some have been wanting to deny the existence of, or purpose of, for reasons of their own. Some because they claim to believe in "the death of the author" and others because they apparently believe that films made by corporate committees are the height of human endeavour. That to me will always be an impoverished way of looking at things in general, and art in particular.

Other fans of the film were the Hitchcocks. Hitchcock sent this telegram to Truffaut, or almost this telegram. He wrote it in awkward French, and this is a translation: "I saw The Wild Child which I think magnificent. Please send me the autograph of actor who plays the doctor. He is wonderful. I wish this autograph for Alma Hitchcock. Her eyes were bathed in tears. This film she says is the best of all those by Truffaut. Profound affection."

For more information about Victor, you can listen to this BBC radio programme from 2008: https://www.bbc.co.uk/programmes/b00b7lrb 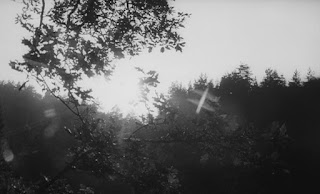