In Adventures in the Screen Trade, William Goldman argues that after Psycho (1960) Hitchcock lost his creative touch and began making bad film and that this was due to the lavish praise he had received during the 1950s, particularly by French critics, which had gone to his head. I do not buy this as all. It is true that his films in the late 1960s are not as good as before, but he had been highly praised already in the 1930s and should be used to it, and his two films after Psycho, The Birds (1963) and Marnie (1964) are not the films of a director in decline. Whatever happened after Marnie is related to other things; personal issues, changes within the film industry, changing tastes and so on. And he did get back on his creative feet with Frenzy (1972). Besides, Hitchcock made only two films between Marnie and Frenzy: Torn Curtain (1966) and Topaz (1969), and they have their merits. They are not worse than some of his earlier films, like Stage Fright (1950).

This is about a topic that interests me a lot, that of late films, or a "late phase", in a filmmaker's career. These films are often dismissed or unacknowledged and in general it is earlier works that are the focus of peoples' and critics' attention. Sometimes, as with Satyajit Ray, it is only the very first films that are talked about at any length. I remember a discussion I once had with a student about Billy Wilder being a filmmaker who (the student claimed) lost it completely in his later stage, and the student is not alone in this belief. But Wilder in the late 1960s/early 1970s is to me as good and interesting as he was in the 1940s, there is no decline there.

The first thing to wonder about is at what stage in a career it becomes appropriate to talk about a late phase. When does it begin? How should it be measured? Obviously the career itself must be of some length, spanning a couple of decades at best. And what is meant by it? There has to be a distinct change in the films for there to be a point of talking about a late phase. With Hitchcock it seems possible to see Psycho as the beginning of such a late phase. With Howard Hawks I would like to suggest Rio Bravo (1959) as the first film of his late, and glorious, phase. It was made after a longer pause, and it and his later films are looser, more meandering and even less concerned with plot than before. While thematically consistent with his films of the 1930s and 1940s, they have a different tone, mood and pace.

What about John Ford? Is there a late phase beginning with Sergeant Rutledge (1960) maybe? When he, as is sometimes suggested, began make films that deliberately questions assumptions and ideas from earlier days. (Although he had already done that too, in the late 1940s for example.) Does Vincente Minnelli's late phase begin with The Four Horsemen of the Apocalypse (1962)? David Lean's late phase, when he ventured abroad and made long epics, began with Bridge of the River Kwai (1957); a phase which, with the exception of Lawrence of Arabia (1962), is also often disparaged. Michael Powell's late phase began after the thrashing Peeping Tom (1960) got by British critics. After The Queen's Guard (1961) he did some TV-work, two fine films in Australia and an adaptation of Béla Bartók's opera Bluebeard's Castle.

Some filmmakers move around and this might make it easier to distinguish phases. Luis Buñuel's late phase might be said to begin when he began making films in France, with The Diary of a Chambermaid (1964), or perhaps better to push it forward to 1967 and Belle de Jour. Jean Renoir, who also did a version of The Diary of a Chambermaid (1946), could be said to having inaugurated his late phase when he left the US, first for The River (1951) in India, and then his last films in France. Max Ophüls is another filmmaker who moved around, and could be said to have three phases, first a European, then in the 1940s an American and then in the 1950s a French phase, although in his case the last phase is too similar to the earlier ones for it to be meaningful to talk about it as a distinct "late phase". This is also his most celebrated phase; much like Yasujiro Ozu, the later films are the ones most people talk about. Buñuel is a similar case. They are exceptions to an otherwise strong rule. 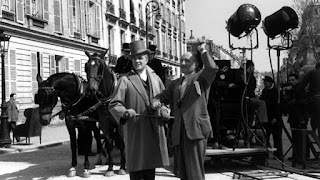 But is there any value of talking about a late phase? Or argue about when it might have begun? I think there is, if you are interested in film as art, and in the artists who make them. The conventional response is to focus on the earlier work, or some alleged golden age, and then ignore or belittle the later work, but often only because the later films are in one way or another (or more ways) different from the earlier ones. Sometimes this can be put down to an inability among critics and people at large to appreciate change and development, and often it comes from an unwillingness to look beyond the usual classics and established "masterpieces". Another reason might be that a late phase is often not in tune with the prevailing styles and themes of the younger contemporary filmmakers' work, and is therefore not considered hip and trendy and consequently dismissed as old and conservative. This is often unfair though and leads to dismissals on shallow grounds. But these aspects are still interesting to discuss. To follow a filmmaker's long and winding career can be very rewarding, and lead to insights about not just personal developments and creativity but also to discussions about how filmmakers navigate changing societal and industrial contexts and circumstances, and also to discussions about how we evaluate films. Another aspect is to consider how artists deals with ageing and mortality, including their own, in their later years. Many filmmakers have done this, from Hawks to Ozu, and some not yet mentioned here such as Ingmar Bergman and Akira Kurosawa.

Sometimes it is in their late phase that filmmakers really burrow deep, get personal and sometimes reach for the sublime. I think Fred Zinnemann began to blossom in his late phase, which began with The Nun's Story (1959).

Related to this, and particularly poignant to me, is a filmmaker's very last film, and even the very last image of them. I am not talking about the solution to the story but the very last thing we see, the final image. Here are five last images that have always struck me as being particularly suitable or poignant, from the last films of Buñuel, Lean, Hitchcock, Minnelli and Ozu.

Buñuel's That Obscure Object of Desire (1977) ends with a sudden and unexplained explosion, a fabulous end to an explosive and surreal style of filmmaking. Lean's A Passage to India (1984) ends with Judy Davis's main character turning away from a window, on which it is raining. A temperamental person trapped in a damp English apartment which is too small for her outreaching personality. Hitchcock's Family Plot (1976) ends with the main character, played by Barbara Harris, looking directly into the camera and wink to us, as if it has all been one big joke and Hitch wants to let us know. Minnelli's last film, the flawed but marvellous A Matter of Time (1976), ends with a freeze frame of the face of his daughter Liza Minnelli, who plays the lead. But most moving of all is the last shot of Ozu's last film An Autumn Afternoon (1962). Chishu Ryu who had played the male lead in Ozu's films ever since the 1930s, sits alone in a small room, now old and tired, looking away from the camera and us, faced with his own loneliness and approaching death. It is the end scene to end all end scenes. 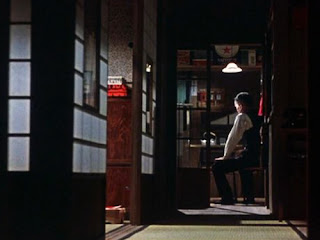 And speaking about books, Goldman says a lot of dumb things in his book, but I shall have to come back to that another day.
Upplagd av Fredrik Gustafsson kl. 09:00 2 comments:

A light start to the new year. Among the many things that intrigue me in films is what books characters are reading and what it might mean and what the books are like. Sometimes they can be real books that were popular at the time, sometimes they are self-referential, sometimes they are jokes and sometimes they are fake, just a title and a cover created for the film. I can also be fascinated by books being written by fictional characters that are authors. In Finding Forrester (Gus Van Sant 2000), the character played by Sean Connery wrote one novel once upon a time, which was considered a masterpiece and won the Pulitzer Prize, but he has written nothing since. It is called Avalon Landing and I am desperate to read it, even though I know it does not exist outside the frame of the film. To add to its allure, the book is briefly shown in the film and it is in the same style as Penguin Books of the 1950s, a design I find irresistible. I even have a small collection of Penguin books from that series, such as this one (which was adapted into a film by George Cukor in 1956): 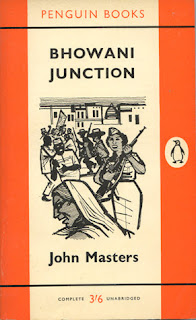 But back to books being read. Here are five examples that have always excited me for one reason or another: 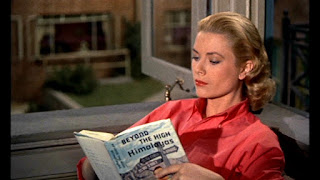 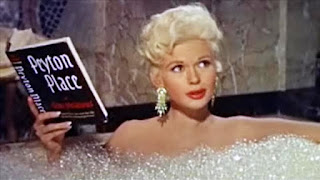 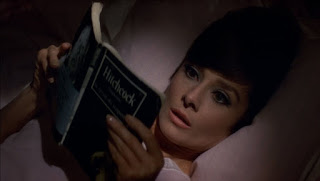 Audrey Hepburn in How to Steal a Million (William Wyler 1966) 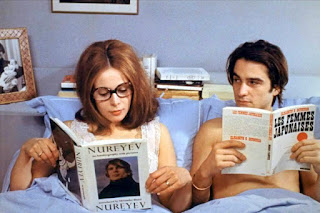 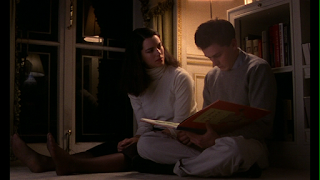 That was just a small collection; a starting point for a conversation, for further research and for the year of 2019. Let's get going!
Upplagd av Fredrik Gustafsson kl. 09:00 No comments: