Spending so much time with the 1930s for several months has been very rewarding, at least when it comes to watching films. (It has been less rewarding reading about it.) It is time to end this special focus for now, with some brief words about Japanese cinema of the 1930s. They have to be brief because I have seen very little, but I have seen enough to know that it was a rich and exciting period of filmmaking. There was a lot of experimentation, and popular, mainstream Japanese films played with conventions and tried new approaches and angles. Maybe less so than in the 1920s, but still noticeable. You could take risks and surprise the audience because with millions of cinema visits made in Japan every year, it was a profitable and safe business, and a lot of films were made, 400 - 500 per year. But while being experimental and playful, it took a long time for sound film to break through. There had been occasional efforts but it was not until 1931, with The Neighbour's Wife and Mine (Madamu to nyōbō, Heinosuke Gosho), that sound broke through successfully. The following year only about 10% of the recorded films were with sound. As late as 1937, silent films were still being made. One explanation for this is the Japanese tradition of having a person, a so-called benshi, in the screening room who narrated, interpreted and translated the films, and who also gave voice to foreign actors. Benshis was a tradition that they were unwilling to give up, and their unions fought against sound, as it was something that would make the benshi superfluous. But it was inevitable that sound would take over. 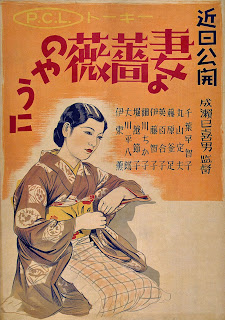 But while thousands of films were made in Japan during the 1930s, few are preserved. According to one estimate, less than 5% remain. It is a great cultural treasure that has been lost, due to disinterest, fire, natural disasters and wars. Japan was becoming increasingly fascist in nature (historians debate whether it is accurate to call it a Fascist state, but probably not), and with increasing censorship, during the 1930s. Of those films that remain, few are known or seen, but much of what is preserved and available is very good. Given that the overwhelming majority of all films from the period are lost, we cannot draw too many conclusions from the high quality of what remains. It is reasonable to assume that they have been saved partly because they were outstanding, and not reflective of the average film. But either way, we can still watch and marvel at the 1930s films of filmmakers like Yasujiro Ozu, Kenji Mizoguchi and Mikio Naruse. There are also many interesting filmmakers I have seen nothing of but who, judging by what I have read, are major artists. Teinosuke Kinugasa, Hiroshi Inagaki, Mansaku Itami, Hiroshi Shimizu (whom Mizoguchi called "a genius"), Yasujiro Shimazu (whose films Japanese critics in the 1930s referred to as "neorealism") and Tomu Uchida. Many of the great Japanese actors in the postwar era debuted in the 1930s, such as Setsuko Hara, best known for her collaboration with Ozu, Hideko Takamine, who often collaborated with Naruse, and Takashi Shimura, who is best known for his later collaboration with Akira Kurosawa. The big production companies, or studios, that have dominated Japanese cinema were in place in the 1930s: Toho, Nikkatsu (the oldest one, founded in 1912) and Shochiku (founded in 1895, but they began making films long after Nikkatsu was founded). 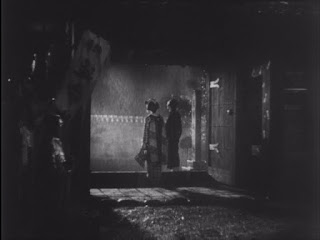 One special case is the filmmaker Sadao Yamanaka, from whose oeuvre of 26 films only three remain, and who died at a young age, only 28 years old. They are jidaigeki, the Japanese term for films in a historical setting, and they are blending comedy and tragedy, naturalism and Kabuki, and are filled with passion and sensuality, with striking compositions. The first two are called The Million Ryo Pot (Tange Sazen Yowa: Hyakuman Ryo no Tsubo 1935) and Priest of Darkness (Kōchiyama Sōshun 1936), both fine films. But the most notable is his last film, the beautiful named Humanity and Paper Balloons (Ninjō Kami Fūsen) from 1937. It is about a poor and lonely samurai, a ronin, and his struggle to preserve his dignity. Slowly and meticulously, it builds up to its tragic and poetic ending, with a tight script and a closed, but varied and detailed, set with great depth of field and extravagant compositions, with several planes of interest in a given shot. The script is written by Mimura Shintaro, and the various themes of pride, humiliation and dignity are addressed in many forms, and it is also occasionally witty. The balloons that signify the ronin is quite remarkably handled. The one single balloon drifting away in the ditch in the last shot is one of the finest, most poetic, endings I know.

This will be the last article in the year's focus on films of the 1930s. Here is a list of other recent articles I have written about the decade:

And three earlier articles:
About the prevalence of deep focus in the 1930s
About Swedish filmmaker Schamyl Bauman
About the British cinema collective The GPO Film Unit 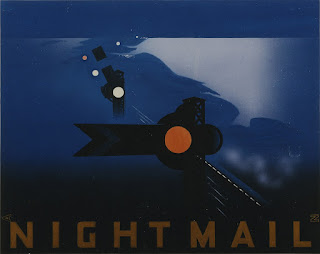