To have seen all of Ford's sound films has long been a goal, as he is one of the greatest artists of the 20th century and worthy of such a commitment. Lately the focus of my research in general has been the 1930s, and as that was also the decade from where I had several Ford films left to watch, I have spent the last ten days or so exclusively on Ford's 30s. Now I have finally seen all of them too, with one exception; I have not been able to get hold of an acceptable version of The Brat (1931). But that is the only sound film of his that remains unseen. A satisfying feeling.

These are the films he directed then, including one from 1929 as it was his first feature-length talkie:


As you can see there were all kinds of films but with several recurring themes, and almost half are set in the past and deal with war. He made films for most studios and some independent producers, but usually with a recurring crew and cast. The cinematographer Joseph H. August shot nine of the films above, (their collaboration peaked later, with They Were Expendable (1945)), George Schneiderman shot five and Bert Glennon five more. Dudley Nichols wrote or co-wrote at least twelve of them. Most of them are good, a couple are bad and a few lack Ford's distinct personality. But the three great ones were all made in 1939; something happened there, and from 1939 onwards almost all of his films are either great or magnificent. There is the odd misfire here and there, but I think the only bad one after 1938 is What Price Glory? (1952).

Of the earlier ones, The Informer is the most famous one I imagine, and it is a fine film, although somewhat overwhelming in its solemn artfulness. Also fine, but in a lighter mood, are two with Will Rogers, Judge Priest and Steamboat Around the Bend. I am less keen on Ford and Rogers's first film together, Doctor Bull.

Ford did several submarine-related films in the 1930s, the first was Men Without Women, which was also his first film written by Nichols. I do not care much for that one, the construction is off and, like many other early ones, there is a problem with the acting. But the next year they did the fine Seas Beneath, which admittedly also has terrible acting but is otherwise solid. 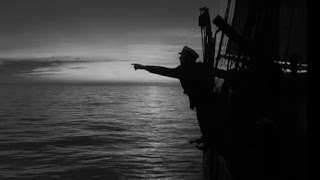 Seas Beneath is about a battle between the American Navy and the German Navy in 1918, but both sides respect and admire one another. There is even a death scene with an American sailor dying in the arms of two concerned German sailors. And it is bilingual, all Germans speak German.

Arrowsmith is a film where no one feels right for their part (except John Qualen) and it is all talk and no conviction. But visually it is spectacular. Epic set design, breathtaking lighting (Ray June was cinematographer) and imaginative staging in depth. It is one of Ford's most distinguished films, visually. 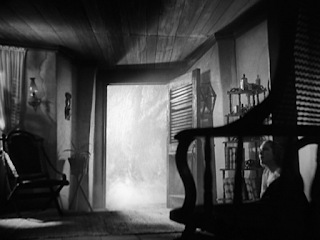 Flesh is about a big-hearted German wrestler and a frail, conflicted American woman in a tragic melodrama of its time. First 50 minutes are fine but then things start to get a bit out of hand, script-wise. It has a great, moody look all the way through though.

Pilgrimage is, like The Informer, self-consciously artistic. The opening 30 minutes is like a long tribute to Murnau. But then it changes gear and takes on more the tone of Henry King, and then changes again to be more Fordian. A serious drama with moments of greatness, but it suffers from stiff/awkward acting. 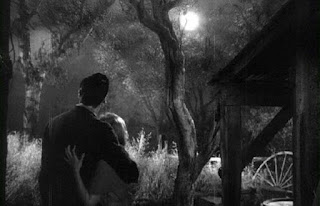 The Hurricane (co-directed with Stuart Heisler) is a lavish production where the highlight is the hurricane sequence, which take up the last part of the film. It is incredible, one of the greatest natural disaster sequences I have seen, and genuinely scary. James Basevi was in charge of creating it and he was a master of these kinds of special effects. The earthquake in San Francisco (W.S. van Dyke 1936) is another one of his creations, as is the storm in China Seas (Tay Garnett 1935). He also did spectacular set designs, such as on Wilson (Henry King 1944). Basevi was art director for many of Ford's films up until The Searchers (1956), which was the last film he worked on.


Four Men and a Prayer is, despite George Sanders in a leading role, a lame, anonymous anomaly in Ford's career, expect for the brief appearance of Barry Fitzgerald in a good scene. The rest might as well have been directed by someone else.

Submarine Patrol from the same year is also a minor film, and the first 15 minutes or so are tiresome, but then it gets it together and here you really feel Ford's presence. At the same time, the film reminded me of Hathaway's You're in the Navy Now (1951), which I prefer.

The scene in Wee Willie Winkie where Shirley Temple is singing for Victor McLaglen, not understanding that he is dying, is one of the most moving scenes in Ford's career. The rest of the film is not as good, but amiable enough. But of the two films Temple did with Ford, the later Fort Apache (1948) is superior in every way. What is interesting is that they have a lot in common, but the differences (such as in acting, visuals and maturity) are what makes Fort Apache superior; one of Ford's best.

One film Ford wanted to do but never did was a remake La Grande illusion (Jean Renoir 1937). Darryl F. Zanuck talked him out of it, and maybe that was a good thing. But that Ford wanted to remake it is not surprising since the sentiment of Renoir's film can be found in Ford's films too, before and after 1937. Consider for example how in the films about World War 1, the Americans, French and Germans do not hate each other but treat each other with respect and concern. They fight and kill because they have to, but they do not celebrate their victories. They salute the falling soldiers regardless of which side they were on, and mourn the loss of life. "Do we cheer?" asks a newly recruited sailor after his ship has sank a German U-boat. "No." says the more experienced sailor next to him. 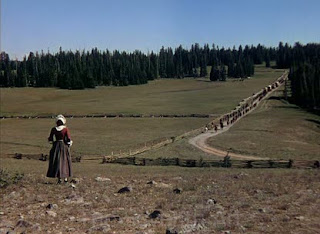 Drums Along the Mohawk

Spending so much time with a filmmaker during a short period of time is a rewarding experience, as you notice connections, links, references and recurrences that you might not think of, or remember, if you are watching an oeuvre during a long stretch of time. It is also enlightening to watch Ford try things out, enrich his cinema by experimenting with sound, visuals and eventually colour. He was of course not a newcomer, he had been making films since the late 1910s, and several good ones, but the 1930s meant many new challenges, technically and structurally, for his as for everybody else. He struggled a lot during the decade, with producers and actors mostly, and many films were severely compromised in one way or another. But almost all of them are filled with the specific scenes, moments, jokes, visual touches and sentiments that are the essence of Ford's art. Then, as he moved into the 1940s, he got more freedom, more certainty and more depth, and his art grew. It would eventually reach such beauty, clarity and confidence that it has almost no equals. 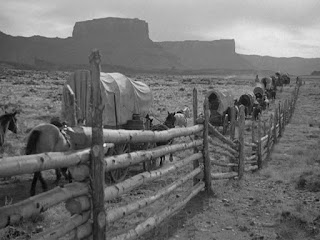 
(Initially I briefly mentioned Frank Tuttle in the article, but I removed his name to keep things in perspective. He will instead appear in a future post. There is always more to write about.)
Upplagd av Fredrik Gustafsson kl. 09:00