Five years ago, I wrote an article about Henry King and his career. At the time I had seen only about 20 of his films but now I have seen twice as many, almost all of his sound films, and every film he made from 1935 and onwards. All that I said in 2015 still stands, but I am now even more impressed by his work and I want to write about him again, even if I repeat myself somewhat. King's impeccable craft, the loving care he clearly devoted to every shot, and the recognisable style he stayed true to from at least the late 1930s, is one of the true wonders of Hollywood cinema.

Almost all of the films I have seen have been made with that care and devotion, and the only one I think is a failure is Ramona (1936). It is poorly paced, has too much intrusive music, and awkward acting. It is about Native Americans and Hispanics, and Don Ameche is playing the male lead as a chief's son, but Ameche as a Native American was a challenge already at the time and it has not aged well. Loretta Young is playing Ramona, part Spanish, part Indian, and she fits in a little better but not ideally cast either. The film is well-intended and meant as a treaty of tolerance and acceptance, but it is still insensitive to the issues. I think that this is one reason why King's usually sure hand is shaking here, that he does not feel at home. But visually it is not a failure; it is one of the first films in full three-strip Technicolor, beautifully shot by William V. Skall. Frank S. Nugent reviewed it in the New York Times and had this to say: "Chromatically, the picture is superior to anything we have seen in the color line."

But that is the one bad film out of the 40+ ones I have seen. They vary in interest, but that is almost invariably because of occasional weaknesses in the script and the story. When it comes to filming and framing, King is remarkable. His films, at least from 1935, are shot, lit, edited, paced and framed with such attention, care and even love, and as they are stylistically consistent, we can talk about a recognisable King style, or touch. The interiors, when in colour, have a blue-greenish hue that is characteristic of King, and there is ample use of shadows to create texture and mood, whether it is black and white or colour. He stages in depth, using deep space and deep focus throughout his career from early on, and often the sets will have visible ceilings. This makes his interior spaces feel real and lived in. The exteriors, frequently on location, have a real feel for the spaces in which the films take place. This is what got me hooked on King in the first place, the incredible talent with mise en scène, and for making each shot count, as if every shot was the highlight of the film for him. Sound matters too, and how the characters move in the spaces the inhabit.

He was rather conservative in his style and filmmaking, but that is not a problem. Everybody cannot be part of an avant-garde, and I am not sure if there is anybody in the history of filmmaking who had such a persistent, coherent style combined with such an unfaltering sense of quality, for such a long and uninterrupted period. Maybe Yasujiro Ozu, or Alfred Hitchcock. (Which does not mean that I think King is as great an artist as either of them.) Others have made better films than King, but most of them have had more uneven or shorter careers.

Part of the credit for the pace of the films must go to 20th Century Fox editor Barbara McLean, with whom King worked for about 20 years (1936-1955) and 29 films. They formed a close team. Unfortunately, she was also an editor who liked close-ups and disliked long takes, so whenever I see an intrusive close-up in one of King's films I tend to blame it on McLean. Stanley and Livingstone (1939) is especially full of them. But there are fortunately more great scenes done in long takes than intrusive close-ups in King's oeuvre, and sometimes the whole scene is one take such as this lovely sequence from Deep Waters (1948). Here you can also see the close relationship between the characters and their space I referred to above:

Another key creative partner was Leon Shamroy, one of Hollywood's best and most important cinematographers, in black and white but perhaps even more in colour. King considered Shamroy his "good right arm". Regarding collaborations and the process of making a film, King had this to say:

The director is a storyteller – it is his responsibility to tell the story we start out to tell. That story must be on the motion picture screen – regardless who writes, photographs, edits et cetera. All must work closely with the director, or else you will have different interpretations, technically perfect – and telling nothing. No one person makes the picture – many people contribute. But all contribute together – with one interpretation. The director must set the pace – the tempo – visualize the characters – create the atmosphere around them. He must create on the motion picture screen what the author puts in a book.

King was a religious man and his films are populated with honest people, sometimes flawed, who do the best they can under trying circumstances, and who are in the end either rewarded or forgiven by a benign world or God. He made primarily three kinds of films: rural dramas; expensive biopics and historical dramas that were explicitly studio head Darryl F. Zanuck projects; and historical adventures. The production values and set designs on the historical biopics (such as Lloyds of London (1936), Little Old New York (1940) and Wilson (1944)) are spectacular, as handsome and expensive as any studio productions of the time, but fine as they are, I prefer King's more personal, more intimate, projects where you feel he is more invested in the material. Late in his career he also did four films in connection to "the lost generation": two Hemingway adaptations (he had met Hemingway in Paris in the early 1920s and they remained in contact) and two films about F. Scott Fitzgerald. King's experiences with the last one, Tender is the Night (1962), left him disillusioned as its producer David O. Selznick imposed himself on it. King felt it was ruined, but I like it. Beloved Infidel (1959) is weaker, and lacks the visual glow that one has the right to expect from King, but the story is interesting and it has two fine performances by Deborah Kerr and Gregory Peck (as Fitzgerald). But its predecessor, This Earth is Mine (1959), is the last of King's films I think has the same rich quality as his earlier films. 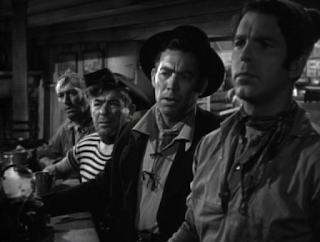 Andrew Sarris put King in the category "Subjects for further research" but judging by what he wrote in the entry it does not seem like he was interested in doing that research. He dismissed King by saying that "even at his best, King tended to be turgid and rhetorical in his storytelling style" and that even his good films were not "enough to compensate for the endless footage of studio-commissioned slop which King could never convert into anything personal or even entertaining." I do not know what he means by that. I find Wilson turgid at times, and I'd Climb the Highest Mountain (1951) lay it on a bit thick towards the end with its religious message, but it is not enough to ruin either film and in any event they are only two out of plenty. As to whether his films are personal, that depends on what you mean by that, but they feel personal to me, and they feel connected to each other.

Possibly due to Sarris's influence, King is not regarded as a major director and is rarely given much attention at all. There are several famous and celebrated directors whom I would consider King at least an equal to, or even more accomplished than, for example Frank Capra, Delmer Daves and George Stevens. Both in terms of individual films and as a complete oeuvre. These are arguments to be had, but King should not be written off beforehand.

Finally, let me return to the issue I raised in the beginning with Ramona. In Maryland (1940), which is in every way superior to Ramona, there is also a problem with the representation of race, this time African Americans. The paradox in Maryland is that the black characters are given an unusually large amount of story-time, which should be a good thing, but unfortunately since films from this period usually portrayed black characters in a patronising and prejudiced way, the more story-time they get, the more cringe-worthy scenes and characters there will be. To quote Donald Bogle, Maryland is "a bad one not only for [Clarence Muse] but also for his black co-stars, Hattie McDaniel and Ben Carter." But this is something which is not an issue with King in particular so much as with the culture and context in general. He does not rise above that, even if he means well in both Ramona and Maryland.

Having seen over 40 films by King, and finding them so consistent in quality, it is difficult to make a list of favourites. But here are thirteen to start with:

King's thoughts about Tender is the Night and the quote about Shamroy are from an interview in Focus on Film #26: 1977

My earlier piece on King: https://fredrikonfilm.blogspot.com/2015/03/henry-king.html

My article about A Bell for Adano: https://fredrikonfilm.blogspot.com/2017/08/a-bell-for-adano-1945.html

Concerning Barbara McLean, she was editor of about 60 films, so half of her output was films directed by King. It would be interesting to compare in depth films he made with other editors, and films she edited with other directors, including John Ford, Joseph Mankiewicz, Henry Hathaway and Edmund Goulding. Their films of course do not at all resemble each other, but there might be a "McLean cut" that is noticeable in her work. But Way Down East (1935) was edited by Robert Bischoff and if does not feel different from King's later films edited by McLean. The same is true for the films he made after their partnership ended in 1955. 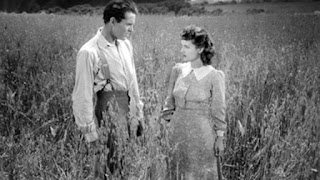