Theory readings #1 - Robert Warshow and "The Gangster as Tragic Hero"

When theoretical texts are discussed or criticised it is usually through the use of another theory, on whether it contradicts or agrees with some other text. But for me it is when a text is criticised on its own terms, from within, that it becomes interesting and meaningful. Under the heading "Theory readings" I aim to engage with some theoretical writings (loosely defined) on their own terms, and see where that will take me.

The above paragraph, somewhat amended, is from an earlier post of mine called Theory readings - an introduction. This post is the first such engagement; about the writings of Robert Warshow and in particular the article "The Gangster as Tragic Hero".

Warshow was born in New York in 1917 and he died from a heart attack already in 1955, the same year as James Agee (who was eight years older than Warshow). Warshow was a code breaker during the Second World War and after the war he became a writer for the journals Commentary (where he was also an editor) and Partisan Review. He was then regarded as a member of the "New York Intellectuals", together with people like Mary McCarthy, Edmund Wilson, Hannah Arendt and Lionel Trilling. Warshow's father was from Russia and a member of the Socialist Party, and even run for Congress, but Warshow himself was more of a social democrat and very unfavourable towards communism, particularly because of Stalinism and the way too many communists often followed the dictates from Moscow rather than think for themselves. Warshow's particular interest as a writer was popular culture; the way it formed, and was formed by, society. He wrote about books, comics and theatre but the popular art form he was primarily focused on was film. Film, or movies as he always said, was for him "the most highly developed and most engrossing of the popular arts, and which seems to have an almost unlimited power to absorb and transform the discordant elements of our fragmented culture" he wrote in 1954. But unlike many others who wrote about film from the point of view of their impact on society he was not hostile towards the movies, or afraid of them. He loved films, and he disapproved of those critics who are concerned about "those elements he believes to be affecting or expressing 'the audience' rather than what he himself responds to". He wanted to take film seriously and "legitimise it". And he felt that he had "developed a kind of 'theory' of the movies, and would expect this theory to emerge" in his writing although he did not want to do any book that could be called "a theoretical work". These quotes above are from an application that he made for a Guggenheim Fellowship, with the aim to write a book about films. That book never came to be because of his early death, but in 1962 most of his writings were published in The Immediate Experience - Movies, Comics, Theatre and Other Aspects of Popular Culture. 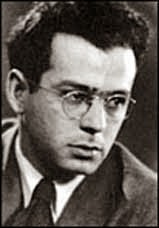 His two main essays on film and society are "The Gangster as Tragic Hero", first published in Partisan Review in 1948 and "Movie Chronicle: The Westerner", also first published in Partisan Review but in 1954. Another good but lesser known essay is called "The Movie Camera and the American", first published in Commentary in 1952. In "The Gangster as Tragic Hero" Warshow makes the argument that in USA happiness and cheerfulness is more or less a nationally prescribed state of mind (with " an obligation of citizenship to be cheerful" as he puts it) and he argues that in the US, and in Russia as well, it is considered dubious, perhaps even unpatriotic, to be unhappy in public so feelings of unhappiness must be kept hidden from view. But the happiness is constantly reinforced by popular culture. "Nobody seriously questions the principle that it is the function of mass culture to maintain public morale, and certainly nobody in the mass audience objects to having his morale maintained." And he feels that even "sad" films serve this purpose, when "death and suffering" are used as "incidents in the service of a higher optimism." However, unlike many others who discussed the impact of mass culture on the people, he did feel that there were pockets of resistance. Among the examples he gives that do not participate in this upbeat cheerfulness are jazz, soap operas (on radio, not TV, since this is 1948), certain comedies, such as the anarchy found in the films with the Marx brothers, and, above all, the gangster films. The gangster film, he claims, "has been a consistent and astonishingly complete presentation of the modern sense of tragedy." The force, and the subversiveness, of the gangster movie comes from the fact that they are about men who pull themselves up from the gutter and reach fame and glory, i.e. they are the embodiments of the American dream, but this then ends in isolation, paranoia and death. The American dream is shown to be a nightmare, and through the common "experience of art" the audience can live vicariously this American dream that seem unattainable to them, and then they can enjoy the gangster's demise at the end, the punishment of success. The gangster "is what we want to be and what we are afraid we might become." 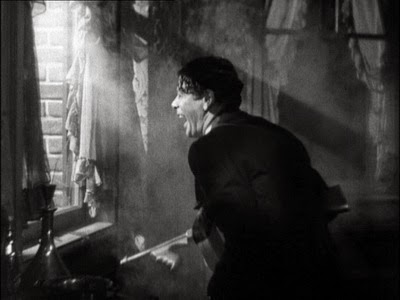 Warshow also discussed the character of the gangster, and his relationship to the city. "The gangster is a man of the city, with the city's language and knowledge, with its queer and dishonest skills and its terrible daring, carrying his life in his hands like a placard, like a club./.../ for the gangster there is only the city; he must inhabit it in order to personify it" but it is not the real city for "[t]he real city, one might say, produces only criminals; the imaginary city produces the gangster" and he likens them to the tragic heroes of Shakespeare. "Even to himself, he is a creature of the imagination." he says of the gangster and as an example he mentions Rico Bandello in Little Caesar (Mervyn LeRoy 1931), who speaks about himself in third person. (His famous last words are "Mother of mercy, is this the end of Rico?")

In the end, when the gangster lies dead, shot by the police or another gangster, the audience can take comfort in the fact that although they, like the gangster, also strive for success theirs is unattainable. This "dilemma is solved because it is his death, not ours. We are safe; for the moment, we can acquiesce in our failure, we can choose to fail." (Warshow does not say so but in a way it could be said that the gangster dies for the audience's sins.) 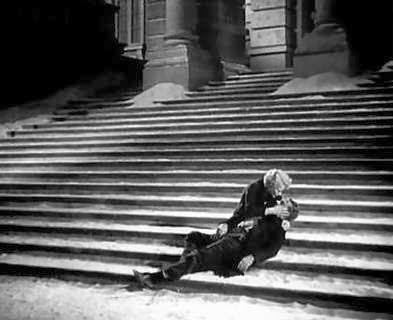 The ending of The Roaring Twenties (Raoul Walsh 1939).

It could be said that Warshow overstates the case for mass culture optimism. During the 1930s there were many gloomy films about the depression, beyond the gangster films, and after the war cynicism and despair where more or less mandatory in American cinema and literature, not least in the films that are now often called "film noir." That is not a term Warshow uses himself because he was of course not aware of the fact that some decades later this would be invented as a catch-all term. So some of the films he talks about, such as Kiss of Death (Henry Hathaway 1947) was for him gangster movies but are called film noir today. It is also worth mentioning John Ford, whose post-war films are filled with a general feeling of sadness and regret. Even when his films end in success they are emphasising the loss that comes from the sad fact that a battle was even needed. If you watched They Were Expendable (1945), Ford's film about the war in the Pacific and possibly his greatest achievement, and did not know who won the war, you would probably think that the US lost it. Such is the mood of the film. In Peter Bogdanovich book-length interview with John Ford (from 1967) he suggested that Ford's films are about "the glory of defeat" but you could also say that they are about the desolation of victory. (Warshow was not particularly fond of Ford though; he thought he was aiming towards seriousness and visual beauty in a way that distracted from the stories. An artist rather than a storyteller.)

Another point against Warshow is whether it really is "the function of mass culture to maintain public morale". For one thing that depends a lot on how you define "function", "mass culture", "maintain" and "public morale". Does "maintain public morale" mean "keep people happy and content"? If that is so, how come mass culture is so often criticised for making people violent, discontent and predatory, rather the opposite of happy and content? And if mass culture has this function "to maintain" how come so much of it, even according to Warshow, does not maintain this morale? And how is "mass culture" different from "high culture"? If one thinks that mass culture maintains public morale, whatever that is, cannot it equally be said that high culture, for example Henry James and Johann Sebastian Bach, also do this? Wherein lies the difference? Or do The Heiress (William Wyler 1949) "maintain public morale" among those who watch it but if they were to read the novel Washington Square by Henry James instead (on which The Heiress is based) they would not be maintained? How would this function work? No, this is not Warshow's strongest argument.

The later article "Movie Chronicle: The Westerner" continues Warshow's discussion about the gangster (he is "the 'no' to that great American 'yes' which is stamped so big over our official culture and yet has so little to do with the way we really feel about our lives.") and then compares the gangster to The Westerner, who Warshow sees as in many ways the opposite of a gangster, even though they both carry guns. It is sometimes said that this article is about the Western as a genre but that is not really correct. It is more accurate to say that it is about a certain recurring character in many Western films. It is a very good article, but it will be dealt with in a later post.