That Ingmar Bergman was a monumental person has been exemplified many times, in many different ways, and that he was regarded as such around the world. But his overwhelming importance was of course largest in Sweden, a country which is rather small, population-wise, and very centred on Stockholm. He was a constant presence everywhere, inescapable, even children too young to have seen his films were aware of him. (In my thesis I suggest that he was one of a handful of national father figures that Sweden had, others being the prime minister Tage Erlander, in office 1946-1969, and the radio- and TV-personality Lennart Hyland.) He was not just artistically involved but also politically, having connections with the Social Democratic Party, a party which had been in power since 1932, often alone, sometimes in coalition. In 1976 however a major collision occurred between Bergman and the party.

On January 30, 1976, Bergman was at Dramaten (the Royal Dramatic Theatre in Stockholm), rehearsing a play by August Strindberg, when two policemen came to take him in for questioning for suspected tax evasion. There is some confusion as to what exactly happened at the theatre but Bergman was taken to police headquarters and questions for hours. The issue centred primarily on the company Persona Film AG, based in Switzerland to handle Bergman's international finances, including a cooperation with Federico Fellini and Akira Kurosawa, which never happened, and Bergman's other company Cinematograph, based in Sweden. Bergman had liquidated Persona Film after Riksbanken (Sweden's central bank) had wondered whether it was legitimate. Now the Swedish tax authorities were convinced that Bergman owed a lot of taxes because of his dealings with these companies and had alerted the police that he must be apprehended before the case reached its statute of limitations. After being questioned his passport was confiscated and he was forbidden to leave Stockholm; he was not even allowed to go back to Fårö. If convicted he risked up to two years in prison. He had had problems before, in 1975, but he had won his case in a lower court. Now the problems had come back with a vengeance. 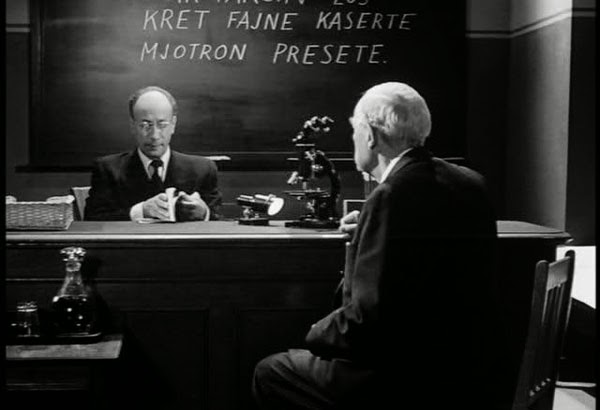 A nightmare sequence from Wild Strawberries (1957)

It was not only Bergman who was investigated but also several of his friends and actors, including Bibi Andersson and Max von Sydow. Bergman's lawyer Sven Harald Bauer was also indicted. But two weeks after the arrest at Dramaten a new attorney was assigned to the case and after a few more weeks of investigations and deliberations he concluded that Bergman had not committed any crimes and the case was dismissed. It was appealed against but the appeal was dismissed. This was in the end of March 1976.

The tax authorities were not pleased though and continued to demand that Bergman paid back taxes, and quiet a lot of it, over a million Swedish crowns. This too was eventually dismissed and in the end Bergman had to pay only an additional corporate tax of SEK 150 000. And that was the end of the affair. The cases against his friends and actors were also dismissed.

During all this time Bergman himself was hospitalised, having suffered a severe nervous breakdown after the first questioning at the end of January. He was eating a number of medicines that kept him calm and the demons at bay. But after months of being in this sedated state he suddenly got angry and decided to fight back, and he wrote a letter to one of the biggest daily newspapers attacking the police, the tax authorities and the Swedish state (which was at this time more or less synonymous with the Social Democratic Party). He said that he had always been a committed social democrat, and that he had always felt that Sweden was the best of all countries to live in, but now he had had second thoughts. (Personally he also felt that he was betrayed by Olof Palme, who had been prime minister after Erlander stepped down, and who was fairly close to Bergman.) He declared that he was leaving Sweden. After travelling to Los Angeles, Paris and investigating Norway and Denmark, he settled with Munich, Germany, and stayed there for about six years.

As can be imagined the press and mass media in general were filled with articles, open letters, debates, opinions and anger. Anger at how a person could be so humiliated and tormented this way or anger that the rich and famous always tried to get away from their responsibilities. Bergman had in the late 1960s been criticised by left wing artists, writers and politicians for his "bourgeois" values and they were of course thrilled by this new offence that Bergman had apparently committed. Internationally the case also generated massive attention; a combination of bewilderment at the wayward ways of the tax authorities and sympathy for Bergman. Even the Soviet newspaper Izvestia wade in, seeing it as typical of the capitalist West that it would interfere with the life of an artist, preventing him from working in the peace and quiet he deserved. And Olof Palme was concerned with the bad press that Sweden was getting, from everybody it seemed. Bergman also received many invitations from abroad. Producers, politicians, mayors, filmmakers and film institutes from all corners of the world wrote him and suggested he moved there.

It was not only Bergman who was in the spotlight for tax reasons in 1976. In March that year Astrid Lindgren, the author of children's books such as Pippi Longstocking, Mio, My Son and Ronia the Robber's Daughter, wrote an attack on the tax system in the form of a satirical fairy-tale that was published in one of the largest newspapers in Sweden (the same one as Bergman had his piece published, Expressen). The origin of the story was that she had found out that she was paying 102% in taxes on her income from the previous year. Like Bergman she was also a social democrat but now she had had enough. The finance minister, Gunnar Sträng, made the unfortunate decision to publicly ridicule her (what did she, just a writer of children's books, know about politics and taxes he wondered). Considering that Lindgren was perhaps the most beloved person in the country it is no surprise that this backfired, especially since she was right and he was wrong. 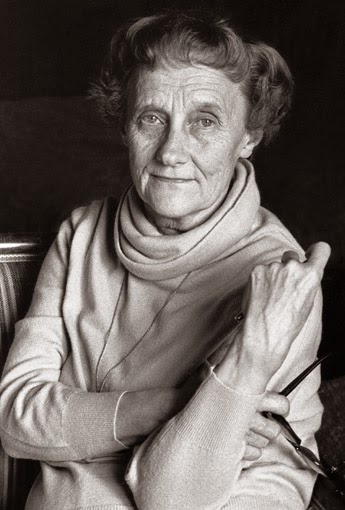 How much these two cases mattered at the general election in the autumn of 1976 is of course a matter of speculation but the Social Democratic Party lost that election to a center/right coalition. For the first time in 44 years the party found itself outside of government. Whether Bergman and Lindgren got some satisfaction out of this I do not know.

-------------------------------------
Speaking of Astrid Lindgren, I have long felt that Ridley Scott should make a film based on one of her fantasy books, especially Mio, My Son. It has been made into a film before, Mio in the Land of Faraway (Vladimir Grammatikov, 1987), a Swedish-Norwegian-Soviet co-production with Christian Bale in his first role, but it deserves a new version.
Upplagd av Fredrik Gustafsson kl. 10:00