This is a second co-posting event with Swedish film bloggers. There is something called "52 directors" where each participant, once a week, post a list of their five favourite films of a specific director. As this week is Hawks, and it is a well-known fact that Hawks is my favourite filmmaker, I shall participate. A frivolous exercise for sure, but a regular post will be up again next Friday at 09:00. For now, here is Hawks.

To choose five films based on some relevant criteria is not possible. Since there are three films I think are his best, five are either too many or too few. But the top three would be: 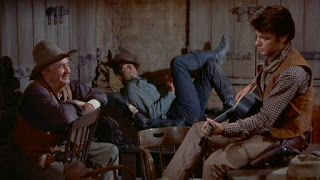 The first and the last are quintessential Hawks stuff about group dynamics in enclosed spaces. They are laidback and casual and care more about characters than plot, yet are also filled with drama and action. Some of the flight sequences in Only Angels Have Wings are beautiful. 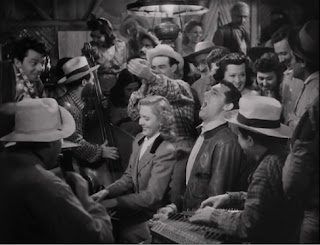 The Big Sleep is interesting because the first 90 minutes is almost like a comedy, a wisecracking screwball with an unusual body count. Then Harry Jones is murdered by being forced to drink poison and both the film and Marlowe change; the film into tragedy and Marlowe from cynical to angry. The transition is almost imperceptible but it is there, you can feel it. 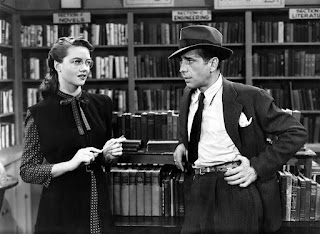 But in all three, as in the rest of Hawks, it is the dialogue, the movements of the characters, the direction of looks, the music numbers, the exchanges of matches, the tempo and rhythm, the worldview, that makes them what they are: uniquely Hawksian.

So those three were easy. For the remaining two I will just go with Red River (1948) and Hatari! (1962). I love them both, for the same reason I love the others. In addition, Red River has an epic sweep and Hatari! might be the most laidback film Hawks ever made. (Pier Paolo Pasolini visited the set. I have always wondered how he and Hawks got along.) 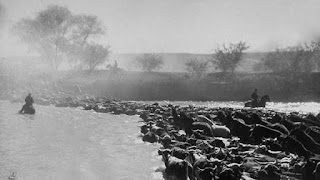 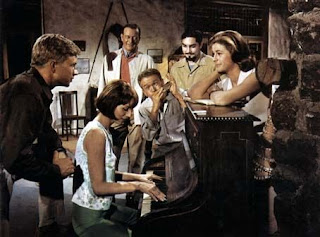 But really, there are at least eight others also worthy of inclusion, and I feel bad for not including Twentieth Century (1934). It has Roscoe Karns in it, which should be reason enough for anybody. Of Hawks's 42 feature-length films (depending on how you count) only about four or five disappoint. As batting averages go that is quite something.

Those who can read Swedish can check out two other bloggers contributions: 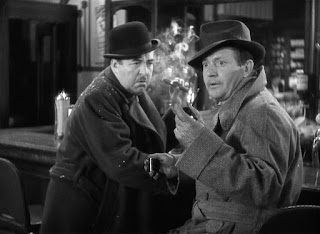